This started off as just an idea in my head a while ago and soon become my Master thesis. The idea is to apply Machine Learning/Data Analysis methodologies to Data derived from tools such as DTrace. Based on the learned knowledge it would then be possible to create adaptive/agile systems. For example to balance out your workload as a service provider overnight. Or move your compute close to your data. Or to learn how to best configure your system (by using Software Defined Networking). Or to simple tune your threshold values in your monitoring system etc. Or you name it – it might be doable.

After finally finishing my Master thesis – doing that next to work is quite a challenge I can tell now 🙂 – I can certainly say that some stuff can indeed be learned. During the work on my thesis I sketched out a, in browser programmable (Python of course :-)), Analytics as a Service (I just like the acronym for it :-)) which can be used learn from Data derived from DTrace (See 1).

As a first step it is useful to select the resources you want to look at. The should have a relevance to the behavior of the applications and services. The USE Method demoed by Brendan Gregg might be a good start. Once you know what you want to look for it is possible to gather some data. For example using the DTrace consumer for Python (See 2), like I did. Cool think is now that thanks to Python you can send it around (pika), store it (MongoDB, sqlite) and process it (scikit-learn) easily. Just add a few API for abstraction, a rich web application for creating python notebooks and you have the Analytics as a Service.

Now we can work through the data with some simple steps.

Results of each of the steps can be seen as models which can be compared with new incoming data from DTrace. Based on the ‘intelligence’ of the comparison of the new date with the learn model (knowledge) the adaptive/agile system can be build. Continuously updating your learned model in the learning process is key – we don’t want to ‘predict’ the future using a crystal ball. This is just the tip of the iceberg of all stuff worked on and discovered in my Master thesis – but as usual – so little time so much to do 🙂 But maybe I’ll find some time soon to sketch out the learning process and share some details of what I was able to let the computer learn…

The following DTrace script can be used to trace Python. It will show you the file, line-number, the time it took to get from the last line to the current one and the (indented) function it is in. This helps understanding the flow of your Python code and can help finding bugs & timing issues. As a little extra it is setup the way that it only shows the files of your code – not the once located in /usr/lib/*. This helps with readability and makes the output more dense since the site-packages are left out.

I now have this running in the background on a second screen whenever I code python. First screen holds my IDE – and next to all the other stuff I do it gives great up-to-date information on the stuff you’re coding. Again proof for the case that coding Python on Solaris is a great idea (Also thanks to DTrace). I know this is simple stuff – but sometimes the simple stuff helps a lot! Now it would only be nice to create a GUI around it 🙂 First the DTrace script is shown; example output is further below…

This was inspired by the py_flowtime.d script written by Brendan Gregg.

The Power of Python & Solaris

Here is a presentation I gave today to demo the power of Python and Solaris. It’s about creating a fictitious service similar to no.de or Google App Engine but with Python & Solaris. Warning: contains OCCI and DTrace!

September 1st, 2010 • Comments Off on Tinkering with Illumos

Honestly I do not really get the point why everybody is so upset about what happened to OpenSolaris. I can understand the steps Oracle took – and do not forget: The source is still under a CDDL license. A bit sad that the community doesn’t get real-time updates anymore.

On the other side I think that the initial idea of the Illumos project to replace the last closed source bits in ON is a good one. But I’m also looking forward to the Solaris 11 Express edition – I know some Solaris developers over at Sun/Oracle and those guys do a great job!

Here is a nice screen shot of Illumos booting BTW: 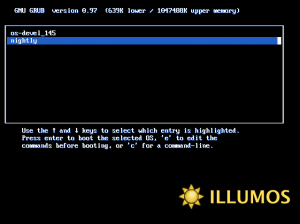