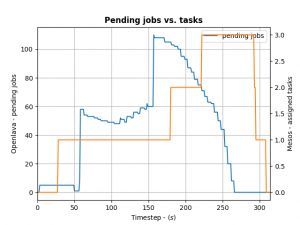 Prerequisite is an installed LSF cluster and a gsoap 2.7.10 installation (make sure that it is exact this version – newer version won’t work). Now check-out the BES++ sources:

Now edit the Make.config file and adjust the path to your gsoap installation. The attribute is called GSOAP_TOP and can be found in the first lines of the file. You might need to adjust the LSF_LOC and LSF_ARCH attribute as well – based on the system you use. Now simple run make and the two executable besclient and besserver will be created.

While you might up ending using SSL you need to create a simple CA (or go to http://cacert.org):

Note: it might be necessary to add your CA to the /usr/lib/ssl/ directory as symbolic link…

Install and Autoconfigure a Opensolaris zone with ZFS dedup

June 7th, 2010 • Comments Off on Install and Autoconfigure a Opensolaris zone with ZFS dedup

This is a simple script which will setup a OpenSolaris zone. After installing it is automatically configured using the sysidcfg file After running this script you will be logged in automatically. I use this script (slightly modified) to setup a complete test Platform LSF cluster…

It features the following setup: